Hack to the Future: The Results

As promised, we met in Boston and hosted our first-ever "Hack to the Future" capture the flag event.  Eight teams from all over the world gathered to see who would take home the coveted DeLorean trophies.  In addition to the 8 teams, about 200 other attendees showed up to see the action and be a part of all the fun.

The game started at 7:00 local time and ended at 9:00 local.  At the beginning of the game, the MC "Doc Brown" welcomed everyone and announced the rules of the game so that everyone in attendance would know what was going on.  The teams took a little time at the beginning of the game to get to know their setups and configurations.  Attendees were anxious to take part, and the "Doc Brown Garage" hacking center filled up very quickly with willing participants.  The attacks launced by the Doc Brown Garage participants took a toll, and at one point all the teams lost connectivity with the application they were trying to protect.  The teams recovered and started to work on capturing flags.

Most of the teams were very close in standing for about the first half of the game.  Some chose to spend extra money and unlock additional flags to capture while others chose to stay on flag level 1 and just capture all the flags they could get from that level.  One team wrote an iRule that blocked traffic from all IP addresses except for the IP address used by the monitoring system to check and see if their application was available.  This allowed them to stay immune to DDoS attacks from other teams and from the Doc Brown Garage attackers while still earning money in their bank account for the monitor checks.

Everyone had a great time, and we look forward to doing this event again in the future.  If you weren't able to join us this year, be sure to stay tuned to our future Agility events and get signed up quickly next time...we look forward to seeing you all there! 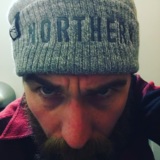 Winners in the second picture (from left to right, using DevCentral names):

Special thanks to Lee Sutcliffe (MVP) and Kevin Davies (MVP) for attacking the other teams, and not us. Yann Desmarest (MVP) tried to beat us, as he came with his own team, but end up loosing. 😄

As Kai points out in the picture, number one!

Here is the trophy:

Thanks John Wagnon and Doc Brown for organizing this. Please do again, so we can win again. 😄

Is "Doc Brown" the person with the weird hair and yellow gloves?