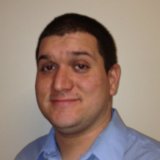 When BIG-IP TMOS 12.1.0 released a couple weeks ago, Danny wrote an intro piece to a new feature called iRules LX. iRules LX is the next generation of iRules that allows you to programmatically extend the functionality of BIG-IP with Node.js. In this article series, you will learn the basics of what iRules LX is, some use cases, how the components fit together, troubleshooting techniques, and some introductory code solutions.

Node.js provides an environment for running JavaScript independent of a web browser. With Node.js you can write both clients and servers, but it is mostly used for writing servers. There are 2 main componets to Node.js -

Node.js starts with the same open source JavaScript engine used in the Google Chrome web browser. v8 has a JIT complier that optimizes JavaScript code to allow it to run incrediable fast. It also has an optimizing complier that, during run time, further optimizes the code to increase the performance up to 200 times faster.

A JavaScript engine by itself would not allow a full set of I/O operations that are needed for a server (you dont want your web browser accessing the file system of computer after all). LubUV gives Node.js the capability to have those I/O operations. Because v8 is a single threaded process, I/O (which have the most latency) would normally be blocking; that is, the CPU would be doing nothing while waiting from a response of the I/O operation. LibUV allows for the v8 to continue running JavaScript while waiting for the response, maximizing the use of CPU cycles and providing great concurrency.

Some might ask "Why was Node.js chosen?" While there is more than one reason, the biggest factor is that you can use JavaScript. JavaScript has been a staple of web development for almost 2 decades and is a common skillset amongst developers. Also, Node.js has a vibrant community that not only contributes to the Node.js core itself, but also a plethora of people writing libraries (called modules). As of May 2016 there are over 280,000 Node.js modules available in the Node Package Manager (NPM) registry, so chances are you can find a library for almost any use case. An NPM client is included with distributions of Node.js.

For more information about the specifics of Node.js on BIG-IP, please refer to AskF5 Solution Article SOL16221101.

Unlike iRules which has a TCL interpreter running inside the Traffic Management Micro-kernel (TMM), Node.js is running as a stand alone processes outside of TMM. Having Node.js outside of TMM is an advantage in this case because it allow F5 to keep the Node.js version more current than if it was integrated into TMM.

In order to get data from TMM to the Node.js processes, a Remote Procedural Call (RPC) is used so that TMM can send data to Node.js and tell it what "procedure" to run. The conceptual model of iRules LX looks something like this -

To make this call to Node.js , we still need iRules TCL. We will cover the coding much more extensively in a few days, so dont get too wrapped up in understanding all the new commands just yet.

Here is an example of TCL code for doing RPC to Node.js -

In line 2 you can see with the ILX::init command that we establish an RPC handle to a specific Node.js plugin and extension (more about those tomorrow). Then in line 3 we use the ILX::call command with our handle to call the method my_method (our "remote procedure") in our Node.js process and we send it the data in variable arg1. The result of the call will be stored in the variable result. With that we can then evaluate the result as we do in lines 5-9.

Here we have an example of Node.js code using the iRules LX API we provide -

You can see the first argument my_method in addMethod is the name of our method that we called from TCL. The second argument is our callback function that will get executed when we call my_method. On line 2 we get the data we sent over from TCL and in lines 3-5 we perform whatever actions we wish with JavaScript. Then with line 6 we send our result back to TCL.

While TCL programming is still needed for performing many of the tasks, you can offload the most complicated portions to Node.js using any number of the available modules. Some of the things that are great candidates for this are -

Sideband connections - Anyone that has used sideband in iRules TCL knows how difficult it is to implement a protocol from scratch, even if it is only part of the protocol. Simply by downloading the appropriate module with NPM, you can easily accomplish many of the following with ease -

In the next installment we will be covering iRules LX configuration and workflow. 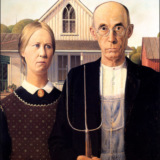 This is a really awesome article series. I just wanted to thank you for writing it, because it covers in detail just about everything one could want to know when working with iRulesLX, including all the architectural information needed to make it perform well. This is definitely THE guide for someone starting out with iRulesLX.

I already have used this information to get my first iRulesLX project going. This is definitely a game changing technology. With TCL iRules, F5 was by far the most flexible product on the market, but there were still some limits. With iRulesLX, it feels like almost all limits to what can be done with F5 have been removed. The only ones left are available hardware resources, time available for doing a project, and a person's familiarity with Javascript.