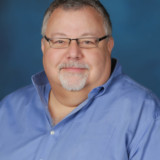 Compatibility matrices for BIG-IP versions – only for those versions that still have active Software Development support – have been updated for support for both iOS 10 and macOS Sierra. The EPSEC release for macOS Sierra (release 450) is targeted for availability by this Friday, September 23, 2016.

macOS Sierra related known issues – some issues were found which might affect some BIG-IP Edge Client and BIG-IP APM customers. Those changes are:

iOS 10 related changes – some behavior changes were also discovered with iOS 10 that customers may wish to know that relate to BIG-IP Edge Client and VPN use:

iOS 10 known issues – the following are identified issues on iOS 10 that may affect the BIG-IP Edge Client, depending on the use case:

The above behavior changes are due to changes in macOS or iOS 10 and not due to Edge Client changes.

An AskF5 solution with this information and more specifics on the issue, additional minor issues, and possible workarounds for customers should be available shortly.

https://support.f5.com/kb/en-us/solutions/public/8000/900/sol8986.html and the F5 Access and Edge Apps Compatibility Matrix.