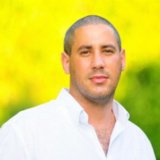 Dyre, also known as Dyreza, is a banking Trojan that was first seen around June 2014. With the combination of its ability to steal login credentials by browser hooking and bypassing SSL, its man-in-the-middle (MITM) proxy server, and its Remote Access Trojan (RAT) capabilities, Dyre has become one of the most dangerous banking Trojans.

The Dyre Trojan is designed to steal login credentials by grabbing the whole HTTPS POST packet, which contains the login credentials sent to a server during the authentication process, and forwarding it to its own server.

The malware downloads a configuration file containing a list of targeted bank URLs. Each URL is configured to be redirected to Dyre’s MITM proxy server, on a different port for each bank. This allows the attacker to make a MITM attack by forwarding any user request to the bank and returning bogus data, including fake login pages, popup windows, and JavaScript/HTML injections. After all the information has been acquired by the attacker, he can remotely access the victim’s computer using a built-in VNC (Virtual Network Computing) module and perform transactions, data exfiltration, and more.

malware downloads a configuration file containing a list of targeted bank URLs. Each URL is configured to be redirected to Dyre’s MITM proxy server, on a different port for each bank. This allows the attacker to make a MITM attack by forwarding any user request to the bank and returning bogus data, including fake login pages, popup

Malware behavior on a Win7-32bit system

Surprisingly, the malware behaves differently on Win7-32bit, most likely due to security implementation differences. The method of registering itself as a system service is implemented on WinXP and 64bit systems (tested on Win7-64bit). On Win7-32bit, Dyre operates more similarly to the known Zeus malware by injecting code in the Explorer.exe process and operating from there.

When a user enters his bank’s URL in the browser line, the Trojan is triggered and forwards the URL to the corresponding proxy server as stated in its configuration file.

· The MITM proxy server forwards requests to the banks and disguises itself as the real user.

· The returning response from the bank is intercepted by the proxy server.

· The information entered by the user is sent to the proxy server and then forwarded to the real bank server, allowing the attacker to log in instead of the user and perform operations on his behalf.

The fake page contains a script called main_new - , which is responsible for handling the objects presented to the user on the fake page and performing the MITM attack.

The fake page contains an array of configuration parameters in the header. Some of the more interesting ones are:

· ID. The unique identification of the bank, which is the same as the port number in the configuration file.

· Incorrect login error. On each login attempt to the bank, the proxy server will forward the request to the real bank’s server and perform the authentication. If the authentication fails, it will also present an error to the user on the fake page.

· Block message. If the MITM attack succeeds, the attacker is able to perform a transaction and block the user from accessing his account. This parameter stores the presented message.

Real-time identification of affected users - F5 WebSafe and MobileSafe are able to detect the user is affected by a Trojan and that the information provided by it to the customer is also sent to an unauthorized drop zone.

Identification of malicious script injection – once downloaded to the client’s browser, WebSafe and MobileSafe make sure there has been no change to the site’s HTML. If such a change is detected, the customer is notified immediately.

Protection against Trojan-generated money transfers - the combination of recognizing affected users, encrypting information, and recognizing malicious scripts is key to disabling Trojans from performing unauthorized actions within the account. WebSafe and MobileSafe detect the automatic attempts and intercept them.

Malware research - F5 has a dedicated Trojan and malware R&D team that searches for new threats and new versions of existing ones. The team analyzes the programming techniques and methodologies used to develop the malware in order to keep the F5 line of products up to date and effective against any threat.

Nimbostratus
How can i subscribe to receive notifications about any new useful posted Articles ?
0 Kudos 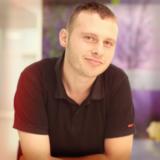