Deploy an App into Kubernetes in less than 24 Minutes 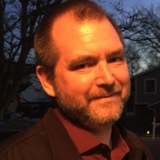 Containers are all the rage these days. Docker is a popular environment for running containers, and according to a recent survey (https://www.datadoghq.com/docker-adoption), Docker use has increased by 40% over the past year. Orchestration systems manage those containers. One popular orchestration system named Kubernetes was created by Google and is quickly growing in popularity. Systems like Kubernetes enable the rapid rise in containers by wrangling hundreds or even thousands of containers in a production setting. This blog post provides a high-level overview of containers and Kubernetes, followed by a real-world walkthrough of installing a simple application into Kubernetes through the Google Container Engine (GKE). Using GKE costs some money, but $20 should be sufficient to perform the examples listed here. I am assuming that you, the reader, have a background in traditional data center IT, that you are familiar with IT concepts such as virtual computers and basic IP networking. If so, this blog post will provide a gentle introduction into containers and Kubernetes, giving you a basic understanding of what is driving the hype. Later articles in this series will dive deeper into Kubernetes and integration with BIG-IP.

Kubernetes introduces several concepts. Some concepts are new to the data center IT professional, and some are older concepts used in a new way. What follows is a high-level discussion of the main concepts necessary to deploy a simple application.

Several components of Kubernetes need definition. The definitions supplied are generalizations and simplifications; virtually every definition given here will have some exceptions. In the interest of digestibility for the professional coming from a data center background, these concepts have been simplified. As you become more familiar with Kubernetes, you will realize that the below definitions are not 100% true in all cases. Also, not every Kubernetes concept is listed. Even so, a rudimentary understanding will aid in becoming proficient in Kubernetes. Table 1 provides a glossary.

The cluster view looks at the infrastructure components and how they relate. See Figure 1, where the Docker logo represents a running container. The high-level concept is the cluster, which is provided to Kubernetes from other software. The cluster itself consists of one or more nodes. A cluster is a collection of nodes. The nodes are either physical or virtual operating system instances. Each node will have zero or more pods. A pod is a collection of containers that comprise an application.

If viewed from a bottom-up perspective, each application will require one or more containers, and those containers should all run on the same node. The collection of containers for the application can be treated as single unit running on a node: a pod. Each pod runs on a node. Again, a pod is not split across nodes, ensuring that inter-container networking within a pod takes place on the same node. The collection of nodes is a cluster.

This collection of infrastructure components makes an application available but does not define the application itself. The deployment view does that.

While the cluster view examines the infrastructure components, the deployment view examines the application. The high-level concept is a deployment, which describes all of the components necessary for an application. This description does not cover infrastructure minutiae, such as on which node to run a container. It is the job of Kubernetes to figure out that. Instead, the deployment describes higher level application parameters. Each deployment describes what containers are in a pod, and how many replicas to maintain (replication sets) for that pod. Kubernetes will then ensure that the pods are deployed on a node (within a cluster). Kubernetes will also ensure that the proper number of replica pods are running. Should a pod (or container within a pod) fail, Kubernetes will stop that pod and deploy another. That way, only fully functioning pods are running at any moment in time, and the correct number of pods are always running.

Kubernetes concepts can be viewed from two perspectives: the cluster view and the deployment view. Both views demonstrate how the various Kubernetes components work together to run applications.

With the above concepts in mind, let’s deploy a simple application. This example will be using the Google Container Engine: https://cloud.google.com/. This service costs money, but is very inexpensive for experimenting. Expect to spend perhaps $20 doing all of the examples in this blog series. Since cloud providers regularly raise and lower prices, an exact cost estimate will vary.

Let’s get started. Once at the container engine web site, click on the console link in upper right-hand corner.

The console is the place where you can manage a large portion of deployment. First, we need to create a project.

If this is a new account, you may need to enable some features.

Projects create a level of isolation between various, well, projects. Click on the CREATE PROJECT link in the top center of the page:

Give it the simple name of “example-project” and click the CREATE button. It may take a few seconds for the project to be created. Watch the spinning notification icon in the upper right corner. The actual project name will have a dash and number suffix, for example my project was named example-project-164520. Remember the actual name of your project and substitute it for the project name in the examples below. Once done, the next step is to create a cluster.

Choose the container clusters menu option from the menu on the left.

You might see a notice that the Container Engine is initializing. If so, just wait until it finishes.

Once initialized, name the cluster “cluster-1” and create the cluster by clicking on the “Create a container cluster” button.

Take the defaults and click the “Create” button. It will take several minutes for the cluster to be created. From here on out, we can use the command line to deploy a quick application.

The next commands will be entered into the Google Cloud Shell. This provides a Linux command-line environment. Click on the Cloud Shell icon in the upper right corner.

It may take a few minutes for the shell to initialize.

Once the shell initializes, make a directory for this project.

And change to it.

Next get a hello world example written in JavaScript from Google’s GitHub account.

Get the Dockerfile too (this tells Docker how to build the container).

Build the Docker image. Note the trailing space and dot at the end of the command. Also note that the number in your project name will be different, so substitute your number where highlighted.

The last two lines of the output should look similar to:

Next we need to give the command line authorization for kubectl commands.

Next we need to put the image in the container registry so that other nodes can access it. Note that the number in your project name will be different.

Deploy the application. Note that the number in your project name will be different.

Expose the app to a public IP.

List the EXTERNAL-IP. If the IP is pending, rerun the command until it appears.

Whew. All of that just for a simple message. There are several things you can see now using variants of the kubectl get command. Try the following commands.

There are several things that need to be removed, effectively in the reverse order of installing. Note that the number in your project name will be different.

Make sure to press Y when prompted

Finally, through the GUI, remove the cluster.

You may have noticed that we left the project defined. The GUI seems to have problems with all projects deleted, so leave that one there for now.

If you have made it this far, you now understand some of the concepts behind Kubernetes. In addition, you have deployed a simple application into containers in Kubernetes. At this point you might be wondering what the hype is all about, given the amount of commands needed just to deploy an application. Fear not. In the next installment, you will learn about automation tools to simplify and automate complex deployments that have multiple containers per pod and multiple replicas.

Deploy an App into Kubernetes in less than 24 Minutes

Deploy an App into Kubernetes Even Faster (Than Last Week)

What's Happening Inside my Kubernetes Cluster?