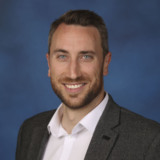 Go read the article now for a full breakdown on how attack frequency, size, methods and targets have changed over the past year, and if you're new to cyber security then now is a good time to go learn the basics of a DDoS attack.

DDoS Attacks By The Numbers

This was just a brief summary of the main findings from the report and if anyone has any questions about the data, analysis or attack methods in general, please post a question here and I'd be delighted to answer!