EAVs (External Application Verification) monitors are one of most useful and extensible features of the BIG-IP product line. They give the end user the ability to utilize the underlying Linux operating system to perform complex and thorough service checks. Given a service that does not have a monitor provided, a lot of users will assign the closest related monitor and consider the solution complete. There are more than a few cases where a TCP or UDP monitor will mark a service “up” even while the service is unresponsive. EAVs give us the ability to dive much deeper than merely performing a 3-way handshake and neglecting the other layers of the application or service.

An EAV monitor is an executable script located on the BIG-IP’s file system (usually under /usr/bin/monitors) that is executed at regular intervals by the bigd daemon and reports its status. One of the most common misconceptions (especially amongst those with *nix backgrounds) is that the exit status of the script dictates the fate of the pool member. The exit status has nothing to do with how bigd interprets the pool member’s health. Any output to stdout (standard output) from the script will mark the pool member “up”. This is a nuance that should receive special attention when architecting your next EAV. Analyze each line of your script and make sure nothing will inadvertently get directed to stdout during monitor execution. The most common example is when someone writes a script that echoes “up” when the checks execute correctly and “down” when they fail. The pool member will be enabled by the BIG-IP under both circumstances rendering a useless monitor.

Bigd automatically provides two arguments to the EAV’s script upon execution: node IP address and node port number. The node IP address is provided with an IPv6 prefix that may need to be removed in order for the script to function correctly. You’ll notice we remove the “::ffff://” prefix with a sed substitution in the example below. Other arguments can be provided to the script when configured in the UI (or command line). The user-provided arguments will have offsets of $3, $4, etc.

Without further ado, let’s take a look at a service-specific monitor that gives us a more complete view of the application’s health.

I have seen on more than one occasion where a DNS pool member has successfully passed the TCP monitor, but the DNS service was unresponsive. As a result, a more invasive inspection is required to make sure that the DNS service is in fact serving valid responses. Let’s take a look at an example:

We are using the dig (Domain Information Groper) command to query our DNS server for an A record. We use the exit status from dig to determine if the monitor will pass. Notice how the script will never output anything to stdout other than “UP” in the case of success. If there aren’t enough arguments for the script to proceed, we output the usage to /var/log/ltm and exit. This is a very simple 13 line script, but effective example.

When I first discovered EAV monitors, it opened up a whole realm of possibilities that I could not accomplish with built in monitors. It gives you the ability to do more thorough checking as well as place logic in your monitors. While my example was a simple bash script, BIG-IP also ships with Perl and Python along with their standard libraries, which offer endless possibilities. In addition to using the built-in commands and libraries, it would be just as easy to write a monitor in a compiled language (C, C++, or whatever your flavor may be) and statically compile it before uploading it to the BIG-IP. If you are new to EAVs, I hope this gives you the tools to make your environments more robust and resilient. If you’re more of a seasoned veteran, we’ll have more fun examples in the near future. 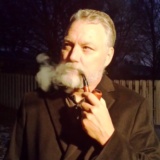 Historic F5 Account
Excellent EAV article, right to the point with all the gotchas

Nimbostratus
This was very good introduction into EAV. Is there any additional and more detailed information available (some examples)? THX

This link is broken with the new api...here is the new link:

Jason, the link is not working either