is this script running on the primary blade?

Often, for example in an external monitor script, it is desirable for the script to execute only on the primary blade of a VIPRION cluster. Traditionally, in BIG-IP, a script has executed "tmsh show sys cluster" and then parsed the output (with "grep" and "awk") to derive a value which indicates whether it is running on the primary blade. However, there is another way to find out, using a different command ("bladectl") which runs more quickly and with less overhead than "tmsh". 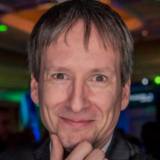 Here's the same in just awk:

What BIG-IP release is this test cluster running?

Running 13.1.1.4, I updated the original comment. The point is that the script shows the active blade, but does not check the blade we are currently on. Presumably this would need to parse /var/prompt/ps1 ?