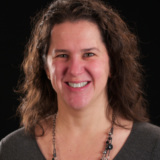 In the previous few posts I’ve discussed the new congestion control algorithms and rate pacing features that are available in BIG-IP 11.5; but if you’re not ready to move to 11.5 there is still plenty that you can do to optimize your TCP profiles.

Packet loss ignore rate allows you to specify the percentage of loss to ignore to prevent congestion control from kicking in and altering the transmission of packets. This is very useful when there is intermittent or stray packet drops on an uncongested network. If the network normally experiences a high degree of congestion, it is not recommended to configure this as it can be too aggressive and cause more packet loss.

TCP profiles on SSL virtual servers should have Nagle and delayed ACKs disabled as this can create stalls. If your virtual server has a mixture of SSL and non-SSL traffic, Nagle can be disabled via an iRule when the SSL connection is detected.

Do we set ignore loss rate to 0 when we expect loss to indicate congestion? Is my understanding correct?