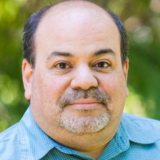 For the past years, F5 Labs has produced the Application Protection Research Series. First as individual reports and then as a series of episodes released during the year. We have just released the 2019 report final edition, which places years of security trends and patterns into a single long-term picture, to get away from news cycles and hype that only focus on new threats or vulnerabilities that may not even be applicable. This perspective also allows us to see linkages between the different subdomains and foci that make up the complex and porous field we call information security. This new comprehensive report pulls together the various threats, data sources, and patterns in the previous episodes into a unified line of inquiry that began in early 2019, picking up where the 2018 Application Protection Report left off, and concluded in early 2020 with updated data on 2019 breaches and architectural risk.

One of the underlying themes for the 2019 series has been that changes in the ways that we design, build, and deploy applications have been drivers for risk. From third-party services driving the rise of an injection attack known as formjacking, to a growing list of seemingly avoidable API breaches, to the prevalence of platforms running on languages with old and documented flaws, there has been a good deal of goalpost movement for defenders. The implication is that many of the people who are making decisions with significant ramifications for security—system owners, application architects, DevOps teams—are generally placing other priorities ahead of security. Based on the acceleration of trends in 2019 that we identified from 2018, it seems that this tension will characterize the next few years of the security arms race.

Our top conclusions in this report include:

Get the Full report here