My Ten Years at F5

I try not to brag that much (yea right) since a long time ago a good friend would always quip, 'Everyone loves a bragger!' Noting that boasters are usually more talk than anything and it is important to stay humble. Well, I'm humbled (and bragging) that I've reached an important milestone with F5. Ten years on the job. Yup, a decade with F5. Around 20% of my life has been with F5 and I still enjoy it all. Seriously.

I joined in 2004 - 'duh' if you can count years - as part of what was our original Security Business Unit. F5 had recently acquired uRoam in 2003, SSLVPN technology which eventually became our FirePass and Access Policy Manager solutions along with Magnifire WebSystems in 2004 which bore our TrafficShield and Application Security Manager web application firewalls. Our task, at the time, was to help our customers understand and deploy remote access systems and secure their applications. The early stages of F5 moving into the security market. Look at us now.

It was fun being one of the first three Security Systems Architects at F5. My good pals Ken Salchow (now running Certification) and Charlie Cano (Sr. BD Solution Architect) rounded out the 3 headed monster. We would visit with customers sharing insight on current security threats - which at the time were things like SQL injections, forceful browsing, parameter tampering and many of the same threats still dogging companies today. We spoke about the benefits of SSL VPN over IPSec. Remember those arguments? We also ran around the country installing F5 security controllers and troubleshooting them when things went astray. It was a busy but exciting time and I learned a bunch during those first couple years. But we grow.

That same 2004, F5 released BIG-IP v9 with TMOS, iRules, and a full proxy architecture. Terminate the network connection at the BIG-IP, decrypt/inspect/manipulate/secure/manage traffic and establish a new connection to the server. This gives organizations the ability to modify TCP traffic in either direction. A few years later, 2009, we released v10. By then however, I had moved on to Marketing.

In 2006, I jumped at an opportunity to join the fledgling Technical Marketing team, led by Ken Salchow. The same Ken as above. We were the technical writers, speakers and resources for the marketing organization. We did whitepapers, articles, blogging along with speaking at conferences and briefing analysts. We were unique, in that, instead of just focusing on F5 solutions, we were focused on a technology area. Virtualization, Security, Core, Service Provider, you get the idea. So we needed to understand the technologies and trends first to determine how our solutions solved or didn't solve certain industry challenges. Great team and enjoyable work. I've been fortunate.

Also in 2006, my daughter was born and 10 months later we were in the hospital for two weeks due to a rare genetic condition. She's doing OK today but back then, we had no idea what was happening or if she was going to even make it. I still remember getting a call from the EVP of my department telling me to take care of my family first and not to worry about work. Take whatever time you need. I was blown away. Granted, F5 was a much smaller company then and we all pretty much knew each other but I was so touched that the company cared more for my family's well being than me getting my work done. Now many F5ers are more than just F5 family, they are 'Ohana.

In 2009, I started to produce F5 videos - ALOHA! Initially, videos were not a huge part of how we told our story or shared insight but felt it would become an  important communication tool for business. I created the In 5 Minutes or Less series to show how easy it was to deploy certain functionality within a BIG-IP, especially the new v9 stuff. I also started to cover our trade shows, doing video interviews to showcase F5 technology, the integration with partners, and the important trends in the industry. This is what I love most.

You see, I studied theatre in college and dreamed of being an actor, director or producer. Something in the entertainment industry. My dad worked 30 years for IBM so I grew up with computers in the house. In every theatre I worked in, I also (in part) was the ad-hoc systems administrator. I remember playing with AppleTalk in the early 90's and admin'ing laptops with NT 3.51/4 around the same time. I was also fortunate to think back then that the internet just might become our entertainment medium of the future. I quit the theatre and started to work in technology. Fast forward to today and I feel extremely lucky to be able to combine what I know and what I love to create technology related videos. Here at F5.

And most recently, while still carrying the TMM banner, I'm part of the awesome Marketing Architectures Team at F5. We design and develop the Reference Architectures that organizations can deploy today to solve a bunch of industry challenges. Areas like security, mobility, availability, performance and access & identity all have specific reference architectures covering things like DDoS, DNS, Application Services and Cloud to name a few. Still thrilled.

Ten years is a long time at any company these days and I've been blessed this last decade being able to do my thing with such a great organization. Thanks to everyone who has helped along the way! 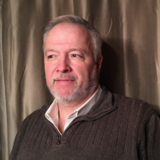 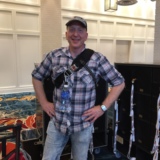 F5 Employee
What Pete doesn't tell you ... is that I almost didn't hire him ... didn't want to ... and his tenacity and charisma simply blew me away!! It's a funny story ... if you ever get a chance to see one of us (or, better yet, BOTH of us), be sure to ask. Pete has been an invaluable comrade, steadfast friend and will continue to be a life-long brother. He is one of those people that I constantly try and figure out how I can get back working with me. Love you Pete (give my love to the girls)! Congratulations (who knew we'd still be at F5??)! Hope to see you later this summer?!?
0 Kudos
Version history
Last update:
‎19-Jun-2014 12:10
Updated by:
PSilva