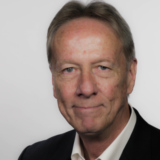 While visiting the booths at a recent cell phone conference, I was amazed and confused with the number of mobile appliances and wearable technology being marketed. Most of the wearables were in the form of a wristwatch but other devices include gesture-controlled armbands, transmitting rings, notification bracelets, and Geordi La Forge- like glasses. Apple unveiled a companion watch for its smartphone.

A device revolution is at hand. Ten years ago, no one thought that mobile phones would displace laptops, but wearables could be on their way to replace smartphones. According to ABI Research due to the relative ease of compatibility with smartphones and other electronic devices, the wearable technologies market will spike to 485 million annual device shipments by 2018.

Some of the applications that I saw were just silly, like the one that claimed to perform a brain-sensing task. The Canadian company calls their headband the Muse and they describe it as a stylish brainwave reader for your forehead. With its curved ends tucked behind your ears, the Muse is meant to track your moods, picking up indications of focus and concentration or stress. The Muse transmits its data to a smartphone app that visually depicts the signals in your brain. An early application for Muse, a “thought-controlled beer tap” demoed recently. You’re supposed to be able to open and shut the tap on a keg of beer just by thinking about it.

Another sensor is able to tell me if I need more water by detecting the color of my urine. I wouldn’t mind peeing on that idea, as I would many of the other stupid sensor-enabled applications. Actually, I wouldn’t mind working on the user interface for a wearable that could tell me I was about to have a heart attack. I would make sure that it didn’t give me a heart attack just by telling me.

There are some practical applications for wearables. A carbon monoxide sensor, for example, could enable environmental scientists to monitor and track pollution across Seattle. The devices could be leveraged to help reduce pollution, fight disease, and tackle other societal scale problems with no additional effort on the part of the person wearing it. The key is outfitting wearables with inexpensive environmental sensors.

Or maybe we distribute a low-cost wearable that contains a body temperature sensor and heart monitor that can be used to track individuals who may be exposed to communicable diseases. Tuberculosis and even Ebola outbreaks might be located by the wearers’ position and migration patterns to create an early-warning system for modeling and predicting the diseases’ spread.

Once the privacy concerns about tracking the location of users are worked out, I’m convinced that the public will be eager to join in. Individuals get to participate in a social cause. That's especially true if they know that just by wearing a watch or ring they could, for example, potentially help scientists understand and reduce pollution around their homes, or reduce the spread of disease. You have to earn people's trust. In the long run, that will require giving control of privacy to the user, and being transparent about how the data is being used.

I’ll wear one for a good cause, even if I look like Geordi La Forge.