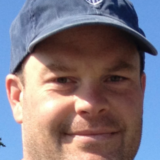 We finished the last article with exploring some of the data available in the API with a web browser that was helpful enough to render it in a mildly readable fashion.  For most automation projects, however, we don't care if it's easy to read, as long as it's parseable and we can do something with the data that doesn't involve watching streams of xml scroll off the screen.

For today, we'll be working with the data from the diagnostics section of the API:

We'll use the same data from the API that we explored last time.

For this script exercise, we'll be using a couple of tools working in the unix shell:

In the script we'll deal with the following steps:

Let's start out by writing a couple of functions that will deal with the housekeeping that we need to do in order to connect to the API.  First thing we have to do is authenticate ourselves with the credentials that we used when we built our iHealth account.

By authenticating, we will obtain a cookie in the HTTP response to our authentication request (if it's successful!) that we will send with every subsequent request to the API.  This way, the API knows who we are, which qkviews in the system are ours, and knows that we've proven we're who we're claiming to be.

This is currently done by sending a form POST to the login server containing our credentials, and stashing the cookies we get back for later use.

curl provides exactly the sort of functionality that we need to perform API work, and bindings for the curl libraries are available for lots and lots of languages if you want to use something other than bash, or want to develop a bigger script later on.

We set up some initial values for later use:

Now that the housekeeping is done, we'll need an authentication function:

The way this script is written, it uses the setting of environment variables on the commandline in order to protect the innocent.  This allows us to pass sensitive information into a script without it needing to be embedded for others to discover, or show up in the output of ps on a shared machine.

You can hardcode it if you wish, but I'd recommend not doing so.

Once authentication succeeds, then we go out and grab the diagnostics for the qkview we specified as an argument to the script:

Notice how we have set up an Accept header in the request?  This tells the API what format you want the response to be in.  Diagnostics have a special role in the API, so they are available in a couple format: xml, json, pdf, and csv.  Everything else in the API is only available in xml or json.  Use the Accept header to specify how you want your response data.  If you don't use a response header, then the API assumes you want XML, and returns XML.

In this example we're asking for XML explicitly.

Now that we have a big pile of XML, we only want a couple pieces of it, so make xmlstarlet dig through it and give us a nice display:

See how easy that is?

We can do the same thing with json if we want:

If you need to deal with json at the commandline, and don't already know about it, jq is an incredibly powerful tool for handling json, and well worth your time exploring (see Working with iControl REST Data on the Command LIne for more details.)

So now that it works, what do all the fields mean?  Let's look at the json output and see what we're getting:

Customizing the data that is shown in your summary is very easy, by adding the statements that dig into the diagnostics return data.  One could, if one wished, build up a reporting system that showed the change in diagnostics results over time for a collection of qkviews if one were so inclined.

The full script is available here.