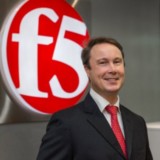 This was the engaging comment I heard in Singapore recently, after I had just presented to a packed crowd at a Cloud Security conference. The gentleman making the comment – Regional CIO of a multinational manufacturing firm - buttonholed me right after my session, and was gushing with enthusiasm at the content of my presentation. Clearly I was preaching to the converted !

A bit of background to set the scene – Singapore is a small nation-state in southeast Asia; size aside however the Singaporean government has been very successful indeed in attracting foreign immigration and investment to the country over the last decade. So much so in fact that these days, much of the Asia Pacific Banking and IT industries have their regional bases there, thus making Singapore a real hotbed of IT innovation and spending.

This explains why I was there, representing F5 at the Cloud Security expo – a large annual event sponsored by many of the largest Asia-Pacific regional and Global IT vendors and service providers. With an audience of over 1000 switched-on people in attendance, this was a big opportunity for F5 Networks to share our latest industry insights and technology updates out on a broad scale.

Hot topics of the show naturally revolved around Cloud themes – software, infrastructure and services. This was a given, not only because of the nature of the event but also because many of the regional and global Cloud Service Providers have built regional data centres in Singapore, thus boosting the market awareness and service adoption in Singapore.

Aside from the many other interesting topics though the one that consistently seemed to draw the most interest was Cloud Security. This makes a lot of sense when considering two things – firstly the major global shift towards outsourced / cloud-sourced IT, and secondly, all the HUGE IT security breaches of 2015. From Ashley Madison to the US Governments Office of Personnel Management, whether state-sponsored or hactivism, 2015 really was the year for massive security breaches and a very diverse range of IT systems attacks.

“I need more IT – especially Security”

As I was saying, this was the introductory statement by the CIO I met at the Singapore conference. His firm, headquartered in Europe, was expanding globally and increasingly across the Asia Pacific region, and he clearly understood exactly how much IT support was required to grow the business to support this. The organization is a large multinational chemical manufacturer and runs factories 24 x 7 x 365 across the world, and as such, the IT infrastructure requirements are very stringent to support such an operation.

“I’m not allowed to own it”

This was the other key point that the gentleman made – that in today’s Hybridised, Cloud-first, Security sensitive era, IT departments even in major global companies are being given a “Nothing Physical, Nothing Owned, Everything Rented” mandate. This sounds simple enough in theory, but to actually put it into place with live production systems in a widely distributed global organisation, where centralised monitoring and control are also high priorities, can be extremely complex.

So it turns out that the real reason this gentleman buttonholed me at the show was his strong interest in F5’s Silverline service offerings. F5, traditionally known as a hardware appliance vendor, really is making a rapid and graceful transition to today’s virtualized, cloud-first IT architectural mindset. With the recent launch of Web Application Firewall services, the latest offering of F5’s Silverline Cloud-Based Application Services Platform, we were able to offer our distributed, global, cloud-friendly clientele cloud-based, managed security services – exactly what they need for this “Own nothing ourselves” generation. The CIO’s excited reaction to hearing our story tells me clearly that we are on the right track with Silverline.

This was only one of many such interactions I had at that show, and others like it around Asia. 2016 should be a breakout year for Silverline !