Developers are – despite their attention to what is considered a very logic-based field of study – a very creative group. Give them a hurdle to overcome and they will. The problem, of course, is not that they’ve solved a problem, it’s that in doing so they’ve likely created a source of technical debt that will, over time, become problematic.

In fact, technical debt is a significant focus of the Agile methodology and is flows (quite naturally) into DevOps. That’s good, because technical debt, like real debt, compounds over time and can put a significant damper on future growth and success.

Such is the case with HTTP 1.1 or, to be precise, the limitations of HTTP 1.1. Developers, upon facing certain limitations, came up with solutions (workarounds, hacks, etc…) and put them into practice in their code. Then, thanks to the Internet, those practices were shared with other developers facing the same limitations and, ultimately, became de facto standard techniques for “getting around” those pesky protocol problems.

Three of those problems are a significant source of technical debt that’s continuing to compound interest today:

This practice began when developers decided that the six connections per origin (host) limitation impeded on their ability to shove data at clients really, really fast. They weren’t wrong – it did – but primarily because web apps ballooned from comprising a handful of objects to well over 80 in a short period of time. Each object requires its own GET request and without more significant parallelization than was allowed by the spec, well… application experience suffered. Domain sharding simply increased the number of connections that could be used in parallel by artificially inflating the number of hosts (origins). Using CNAMEs, many new “hosts” were created, each allowed up to six connections of their own.

The technical debt here is accumulated because the code is tightly-coupled to those hosts (and there’s technical ops debt, too, in maintaining those additional CNAMEs in DNS but for today let’s just focus on the code, shall we?)  and any changes to the hosts requires changes to the application. Which is bad, because they can be spread out across a whole lot of code in a larger organization.

Domain sharding in the application itself, too, can be a burden on the network and downright horrific for mobile applications as it requires additional DNS lookups along with all the extra overhead associated with TCP connections.

A new binary framing layer enables full request and response multiplexing and eliminates the need for multiple connections. Developers can return to applications that do not need to know anything about hosts or origins and can, in fact, use relative addressing to ensure greater portability across environments. Network teams, too, can breathe easier knowing they won’t need to maintain a list of CNAMEs in DNS whose only purpose is to support domain sharding.

Another way to reduce the number of connections needed to transfer all the various objects required by a web app is, well, to reduce the number of objects required. One way this was (and still is) accomplished is through inlining. Basically, the objects (usual small images) are embedded in the HTML. Commonly, developers further decrease the size of these objects using base64 encoding, which can reduce images more than 30 percent.

Obviously this is a high source of technical debt, as any changes to the inlined resource must be reflected everywhere it is inlined. If the image was inlined in 5 different HTML pages… each one must be updated whenever that resource needs to be changed. Additionally, these resources cannot be cached on their own and even when compressed using base64 encoding they increase the overall size of the page, requiring more round trips between client and server that can impair app performance.

Server push is as it sounds – the ability of the server to push resources to the client. What makes this capability appealing in HTTP/2 is that it’s used to push extra objects to the client without an explicit request. So if the client requests a page, the server can respond with the page and any additional objects it wants to send along. It’s the server anticipating the request because it’s part of the page.

This eliminates the need to inline those images that are always associated with a given page in the first place, and further returns the ability to cache those images on the client to take advantage of the performance benefits when images are reused throughout a web application.

A second workaround to the problem of needing more connections was to reduce the number of connections needed by reducing the number of objects needing transfer. CSS (Cascading Style Sheets) and JavaScript files are combined into single files and smaller images are merged together into image sprites.

Technical debt is incurred here by absolutely decimating the notion of modularity. If one bundles CSS and JavaScript together, then it’s a lot harder to treat each as an individual object that can be reused by others and easily updated in the future. Changes must be merged from an “original” to the concatenated file used by the application; a process made manual by the practice of concatenation. And you know what manual processes introduce, don’t you? Yup. The potential for mistakes.

Concatenation can be eliminated as a performance-improving technique by the ability to push files in anticipation of a request and the use of multiplexed responses on the server side. Both mean a return to modular code and the use of caching (both in the network and on the client).

Technical debt may be a neologistic metaphor, but the underlying reality of choices developers (and ops) make in order to address (sometimes real and sometimes perceived) issues related to protocols and networking do have an impact on the future. It can make applications difficult to maintain, upgrade, or migrate to other environments. HTTP/2 offers a standards-based means of addressing many of the issues with HTTP 1.1 with respect to performance, and given the rising attention being paid to mobile apps – where these workarounds can really hurt performance – it’s time to start planning how to migrate to HTTP/2 to eliminate as much technical debt as possible from the past and avoid as much as possible in the future. 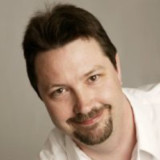 Nimbostratus
"Commonly, developers further decrease the size of these objects using base64 encoding, which can reduce images more than 30 percent." No, not as such. Base64 encoding allows the inclusion of binary data using ASCII, by representing each three bytes of the original binary in _four_ bytes of ASCII. So, rather than reducing the size of an image by 30% (which is unlikely without lossy compression), it guarantees to _increase_ it by at least 33%. Base64 is the *exact opposite* of compression. Additionally, the comments about having to update whole pages when included data are changed are misleading. Typically, the data are inserted using server-side includes (see http://httpd.apache.org/docs/1.3/howto/ssi.html), so the underlying page content remains unchanged, but the included file can be altered independently and, from the client perspective, and from edge caches such as Amazon Web Services' CloudFront, it's just one downloaded unit regardless.
Version history
Last update:
‎13-Aug-2015 08:00
Updated by:
Lori_MacVittie