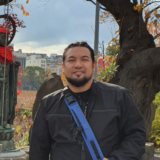 Hello! Arvin is your editor for this edition.

Advertised and paid password cracker for iDirectLogic PLC exploits CVE-2022-2003 retrieves its plain text password, however, it also has packaged Sality malware. The tool does have its use, however, don't simply install unverified applications to your systems. As for any systems, maintain a secure "backup" of credentials and contacts. Audit your networks and ensure secure and proper access are maintained.

Russian backed threat group Turla spoofed a Pro Ukraine domain to distribute an Android malware which aims to send ineffective DoS traffic to set russian sites - possibly taking a chunk of would be DoS nodes for sending legit DoS traffic by a true pro Ukraine DoS Android app such as 'StopWar'. In general, avoid installing unknown Android applications from unknown sites as it may likely include malware which may take over your device and utilize its resources in malicious traffic generation, loss of sensitive data - personal, financial - among other potential effects.

"While we (MS) provided a notification bar to warn users about these macros, users could still decide to enable the macros by clicking a button. Bad actors send macros in Office files to end users who unknowingly enable them, malicious payloads are delivered, and the impact can be severe including malware, compromised identity, data loss, and remote access."

HP's Wolf Security threat intelligence group this month wrote about OpenDocument files being used to distribute Windows malware. These documents were sent to marks via email, and if opened, the user would be asked whether fields with references to other files should be updated and if they click "yes," an Excel file is opened and another prompt asks whether macros should be enabled. If the user enables the macros, their systems are infected with the open-source AsyncRAT backdoor nasty.

Here is a sample of a simulated application of an office macro attack. Although the sample systems and office are old, the experience would be similar.
MS Office Macro Attack (Cobalt Strike)

Lockout policy enforced by default for Remote Desktop Protocol to prevent abuse thru RDP brute-forcing and gaining a foothold on Windows end user and enterprise environments.

Snippet:
The default policy for Windows 11 builds – specifically, Insider Preview 22528.1000 and newer – will automatically lock accounts for 10 minutes after 10 attempts to sign in fail. Users can tweak this, changing the number of failed sign-in attempts that trigger a lock and how long the account will be locked.

"While there are lots of ways to break into a computer that's connected to the Internet, one of the most popular targets is the Remote Desktop Protocol (RDP), a feature of Microsoft Windows that allows somebody to use it remotely," "It's a front door to your computer that can be opened from the Internet by anyone with the right password."

Crowbar is tool on Kali Linux on how one can RDP brute force: https://www.kali.org/tools/crowbar/

Servlet Filter vulnerabilities:
1) CVE-2022-26136 – is described as an arbitrary Servlet Filter bypass: an attacker can exploit this by sending a specially crafted HTTP request, and bypass custom Servlet Filters used by third-party apps to enforce authentication. The CVE allows a remote, unauthenticated attacker to bypass authentication used by third-party apps. The CVE can also be exploited in a cross-site scripting attack: a specially crafted HTTP request can bypass the Servlet Filter used to validate legitimate Atlassian Gadgets. An attacker that can trick a user into requesting a malicious URL can execute arbitrary JavaScript in the user's browser.

2) CVE-2022-26137 – is a cross-origin resource sharing (CORS) bypass.Sending a specially crafted HTTP request can invoke the Servlet Filter used to respond to CORS requests, resulting in a CORS bypass. An attacker that can trick a user into requesting a malicious URL can access the vulnerable application with the victim's permissions.

Hard Coded Password:
3) CVE-2022-26138 - for Confluence users, an issue on one of its Confluence apps has a hard-coded password in place to help migrations to the cloud. A remote, unauthenticated attacker with knowledge of the hardcoded password could exploit this to log into Confluence and access all content accessible to users in the confluence-users group.

Atlassian updated the list of affected products in their FAQ document for the 1st 2 CVEs. These 3 CVEs are of critical severity per Atlassian's assessment and its recommended to update to a fixed version.

Exploiting CVE-2022-2003 for an iDirectLogic 06 PLC from Automation Direct (vendor) retrieve's its forgotten the password in plain-text on command. The password cracker for Industrial Controller is packaged with Sality - an approx 20 yr old malware family - which in this iteration, has crypto mining, password cracking features.

Sality employs process injection and file infection to maintain persistence on the host. for a specific variant, it can include clipboard hijacking malware that checks the clipboard for a cryptocurrency address format and If seen, the hijacker replaces the address with one owned by a threat actor. For detection evasion, it drops a kernel driver and starts a service to identify any potential security products such as antivirus systems or firewalls and terminates them. Systems that are infected with Sality are observed to have unusually high CPU resource usage and fails AV updates as it blocks it by IP filtering and multiple Windows Defender alerts.

The advertised and paid password cracking tool is installed on a windows machine with a serial COM port connection to the affected PLC and retrieves the plain text password but unknowingly includes the Sality malware.

The malware infested android app in question is CyberAzov, which promises to "help stop Russian aggression against Ukraine" by deploying Denial of Service (DoS) attacks against set Russian targets.

"The apps were not distributed through the Google Play Store, but hosted on a domain controlled by the actor and disseminated via links on third party messaging services. We believe there was no major impact on Android users and that the number of installs was miniscule.

The app is distributed under the guise of performing Denial of Service (DoS) attacks against a set of Russian websites. However, the 'DoS' consists only of a single GET request to the target website, not enough to be effective. "