Accessible information is the business revolution 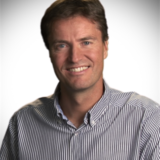 The mobile device revolution feels like it has been happening for something close to a quarter of a century by now. The first ‘car-phone’ actually appeared more than half a century ago (though only became ubiquitous much later), but it is the advances of just the last five years that have really shaped the way business people have been able to take advantage of on-demand mobile connectivity.

The arrival of the iPhone / iOS in 2007 and then Google’s Android in 2008 (via an HTC smartphone) changed everything.

While one can argue that the devices of the time were functional and usable, they were based around the design rigidity of buttons and a screen.  Once the screen itself opened up as the more-or-less sole user input interface, the game changed. And when the design of both handsets and operating systems was extended to encompass the much-needed business-level functions that previous generation devices lacked, user demand skyrocketed.

The Bring Your Own Device (BYOD) model then further compounded these device development trends. As corporate device adoption and BYOD proliferated across the business landscape, it was clear that consumers and business users had chosen connected intelligent smartphones as their preferred method of information consumption.

What this now means – and this is a modern enterprise reality - is that the ability to get access to secure apps and content has become a business necessity for everyone.

In the course of my role, I frequently hear that provisioning a mobile device and determining which applications and services are allowed or enabled can be daunting. With mobile platforms, it can be hard to determine that the device is free of malware, of unauthorised programs, that it abides by corporate access policies?

Many companies also use portals, proxies and IDS/IPS to control access. Put simply, the layers of network complexity and connectivity that can (and do) throw up additional incremental security challenges along the way come in many shapes and forms.

So there is a lot that gets in the way of me receiving my information. It’s possible, also, that my device can be remotely disabled by IT if it is compromised and contains sensitive information. Even GPS data could pose a risk to an organisation, especially for government and military deployments. As more mobile devices appear on the corporate network, IT departments must make mobile device policies and management a key initiative.