HelpSign In
Technical Forum
Ask questions. Discover Answers.
Turn on suggestions
Auto-suggest helps you quickly narrow down your search results by suggesting possible matches as you type.
Showing results for
Search instead for
Did you mean:
Topics with No Replies | Recent Solutions | Contact DevCentral
BIG-IP 13.1.x reaches EoSD on December 31, 2022. Upgrade to 14.1.x or later to ensure access to software patches beyond this date. See K5903
Options

I have an application which is internet accessible but the application team has asked me to limit access to specific URIs based upon client ip. I just cannot seem to get the logic right.

I am using the default data group private_net and a second string data group called allowed-uri-list which lists the allowed URIs for Internet users.

I keep getting http errors for no response and the tcl engine doesn't like my first if.

What am I doing wrong? 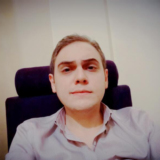 Can you try this?

Actually after the app team provided the correct app name/vip address, using LTM Traffic Policy made this quick and easy. thanks for your response. My original policy wasn't working because they had me apply and test on a very similar but incorrect VIP.