In this "Post of the Week" video, we discuss HTTP redirects and how to use datagroups and iRules to do these redirects.  If you have lots of URLs to redirect, then you might want to consider using something like this.  Enjoy! 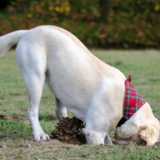 Hi John, I think this is a great idea. Instead of building and managing many many of specific redirection iRule or Local Traffic Policy or HTTP class, we simply build one REDIRECT datatroup and corresponding iRule and use it.

One quick question I have is if datagroup size is getting bigger and bigger, say 1000, there is any performance degradation compared to 1000 iRules or Local Traffic Policies? Any criteria when to create another redirection datagroup?

Hi john, thanks for sharing the post, i have a question regarding the redirect, i can implement the same idea but instead of 1 value of redirection i have like 3-4. i mean when my vip for exmaple is: maincdn.mydomain01.com and my redirection occur between cdn1.mydomain01.com , cdn2.mydomain01.com etc..

@F5_Digger, great question! The way that the "class" command works in a datagroup is that it hashes the entire datagroup before it searches, so the number of entries in the datagroup doesn't affect the performance too terribly bad. That said, we've done some testing on performance using datagroups and here's some of the results:

Check using iRule that I used in the video against datagroup with 1,000 entries (and no match found, so the entire group is forced to be searched).

Check against datagroup with 2,000 entries (no match found).

Check against datagroup with 10,000 entries (no match found).

So, even with a datagroup with 10,000 entries, the performance hit is minimal compared to a straight baseline with a blank iRule. I hope this helps!

@imeliran, thanks for the question. It's true that you can have more than one entry for the "value" portion of the datagroup entry, but you will need some kind of logic to handle the selection of the specific value entry once you match the datagroup key. For example, if you have a datagroup string that is "; and values for that string ", , ; then you would need something in your iRule to manipulate the values so that you can select the proper value to return. I hope this helps. If you have any other questions, let me know. Thanks!

As usual great article. One thing that makes this solution a bit cumbersome is lack of search/filter in datagroup interface (or I am not aware of such functionality?).

If there are hundreds or thousands of entries in datagroup it's hard to find the right one (to modify/delete) or check if given entry is already there. Any tips how to solve this?

I wonder as well how fast update in datagroup is picked up by iRule. I suspect that datagroup is not somehow cached when TCP connection is created and when HTTP_REQUEST is fired (can be multiple in one TCP connection) actual up-to-date content of datagroup is searched - Am I right?

@piotr, you can use external datagroup!

First time, you have to upload file. Next times, you can edit it in the webui!

when editing external Datagroup, this is a field to edit the whole DG like irules. the DG format is:

So to search a value in thousand values, you can easily copy in text editor or use browser search tool.

Thanks for example and explanation, that is kind of solution but it would be nice to have some tools in GUI to perform such task without external tools 🙂

Instead a Redirect , If i need to modify the URI/PATH and send it to the pool ?

Check ProxyPass (https://devcentral.f5.com/s/articles/proxypass-v10-v11), you will find good example of such feature.

@Reddy : some curly brackets are missing

you can use this code

@Stanislass: Is it not advised to use class match instead of matchclass?

This code is good, but I still think that it is worth checking ProxyPass and use it as base to create iRule resolving not only URI modification but as well pool selection via Data Group.

Your right, I did not see this!

Well, I know your approach :-), still as fast remedy I had to work figure out how to create what I need based on ProxyPass - seem to be working quite OK at least at header and cookie rewriting for responses.

Is it possible to reverse proxy a VS that is using a datagroup to redirect URL's? I don't want clients to proxy behind an F5 interface not access the URL directly. The VS is not using a default pool, the clients destination is in the datagroup.

I need to verify the incomming uri checked against the Data-group before the value is assigned. Do i need to change it to set new_uri "[class match -value $old_uri eq DATAGROUP]" ?

Assuming that you using $uri in if and then use $old_uri inside this will not work, so I suggest something like that:

It is assuming that your DG is set like that: old_uri := new_uri

Thanks Piotr, Actually it was a typo while i was writing the irule here.