FIPS.. the final frontier. These are the voyages of the Business Enterprise. To boldly send traffic where no one has sent before. To much? Perhaps, FIPS! The eternal pain in the butt? Whatever your opinion of FIPS 140-2, it’s here and it is not going anywhere soon.

FIPS stands for Federal Information Processing Standard. It is a collection of standards that the United States Federal government uses as requirements within government agencies. The standards are often used in the private sector as well to establish a baseline of requirements.

WARNING! This document is not a comprehensive FIPS guide. It’s a humanized version. Even so, grab a cup of coffee before you begin reading… or put the beer on ice.

The FIPS document we are looking at today is the infamous 140-2 “Security Requirements for Cryptographic Modules”. It’s an engaging 61 pages of wonderful, enamoring tales of encryption glory. That might be a bit of a stretch. It actually took 2 espressos and a 2 hour plane ride to force myself through it the first time. There are 11 separate disciplines with four levels of security. So, let me save you the lost sleep and show you the summary:

Understand? Good, let’s go get some nachos!
No? Well here are some details

Essentially this part defines the documentation and implementation that is required for a crypto module. It defines modes of operation (Approved security functions vs non approved as defined by ANNEX A (http://csrc.nist.gov/publications/fips/fips140-2/fips1402annexa.pdf). Example would be AES is approved, DES is not)

The documentation is fairly extensive including requirements of all security functions, approved and not, block diagrams, hardware design, and any security information

“whose disclosure or modification can compromise the security of the cryptographic module.”

Which seems to translate to

This can be summed up as “how things get in and out of the module”. It defines 4 distinct interfaces (can be logical or physical depending on security level):

For level 1 and 2 security, you can have the input and output share physical and logical ports with other ports on the module.

At Level 3 and 4, the input and output of crypto components must be on a separate physical port or logically separated on a trusted path. And entries into the module must be made directly into the cryptographic module.

And, if the module has a maintenance service, there has to be a:

Maintenance Role: For physical and logical maintenance/diagnostics. If you enter this role, all secrets, private keys, and unprotected CSPs (Critical Security Parameters) have to be zero’d out when entering or exiting the role.

-Services-
The standard requires that a module support at least 3 services:
Show status: How’s the module doing/what’s going on?
Perform Self Test: Run a self test on the unit (which they go on to specify later in the standard, how nice of them)
Perform Approved Security Function: Do some crypto.

Of course, they again require thorough documentation of the services provided.

Operator Authentication
Role-based versus Identity based:
Identity based is basically equated to “You can prove who you are, you get certain rights” whereas role-based is “Select what you role you want, and I’ll give you that power, and I’ll authenticate the role has rights.”

Essentially… have one that if fully defined.

There are some specific examples as you go up the chain, but the easiest way to think about it:

Security Level 1: The cash box you used at the bake sale, the one with the single wafer lock.

Security Level 4: Fort Knox, suspended over a lava pit by a single rope guarded by a caffeinated monkey
wielding a machete to cut the rope.

Fancy words for “the stuff needed for the module to work”. Does it need special firmware, flash, or is it built into an OS? No matter the environment, it has to be documented and meet requirements for each security level.

Security level 1:
OS must be single user mode. All processes started by the module must remain owned by it. No other processes can access the keys, CSP, or the key generation values while the module is operational. The software/firmware must have protections against unauthorized disclosure and modification (vague eh?)

The crypto software/firmware must make use of Approve Integrity Techniques. (Message auth code or DSA).

Security Level 2:
All of level 1 plus:

Meet a slew of specific access requirements and implement an auditing trail.

It reiterates the requirement for trusted path usage for all input and output of cryptographically important information.

Security Level 4:
All of 1,2, and 3 plus required to meet an EAL4 common criteria.

Coffee Break! Now’s a good time to grab a fresh cup or a nice pour of Macallan 30 year.

-Key Generation-
Essentially, figuring out how the keys were made should be just as hard as figuring out the key. And if you let someone put in the seed for a key, they have to do it securely.

-Key Entry and Output-
Completed securely and completely documented in how keys come in and out. They must be encrypted using an Approve Algorithm.

Security Level 1&2: secrets and private keys created automatically must be entered and output in encrypted form. If they are established via manual methods, they can come in and out in plaintext form.

Security Level 3&4: Manual Method secrets should be input and output encrypted or it can use a “split knowledge” procedure. The key comes out in two pieces, via a trusted path, to an authenticated operator.

You can store keys in plaintext or encrypted, it just should be locked down so that no unauthorized access can get at them. Also need to be sure the keys are associated with an entity.

I like that word.. Zeroization. Has a nice ring to it. Basically, the module has to have a way to erase the secrets, CSPs, etc.

Security level 1&2:
Must conform to “47 Code of Federal Regulations, Part 15, Subpart B, Unintentional Radiators, Digital Devices, Class A (i.e., for business use).”

Security level 3&4:
Must conform to “47 Code of Federal Regulations, Part 15, Subpart B, Unintentional Radiators, Digital Devices, Class B (i.e., for home use).”

Well, that makes me feel a little safer…

9: Self-Tests
Ya, the system should be able to check and make sure its working.

Power-up tests:
Happen every time the module comes up. They call out specifically a

Cryptographic Algorithm Test: Take a known answer for each crypto function and run a test to be sure the function gives you that answer. If it doesn’t, fail. (Or at security level 5, self destruct!)

Critical Functions Test: Anything else required for the module to work.

If you build it, they will break it… so build it right. The design assurance requirements all revolve around making sure that modules are developed securely and documented thoroughly (and they mean thoroughly). It also goes on to talk about what the user manual should contain for both the crypto officer and standard operator. Basically, the crypto officer guide needs to cover all tasks in depth, while the user guide can be limited to approved security functions and user responsibilities.

11: Mitigation of Other Attacks

Leave it to NIST to save the best section for last. This brief portion speaks to a few of the known attacks on crypto modules, including “TEMPEST”. Sounds cool right? Tempest refers to collecting electromagnetic signals emitted from a module, then using those signals to try obtaining keystrokes, images, etc.

Congratulations, you’ve successfully made it through a humanized version of the NIST 140-2 document. Hopefully you found this a bit softer read.

Historic F5 Account
It is helpful to note that 140-2 is just the “Security Requirements for Cryptographic Modules”, i.e. how to securely store private keys on an HSM (Hardware Security Module). FIPS 140-2 is just one picture in the much larger FIPS family album. Having a FIPS card in an LTM, in and of itself, does not make the LTM FIPS compliant. In fact, as a whole, an LTM with a FIPS card is not FIPS compliant. Having a FIPS card only implies that we can store private keys in accordance with FIPS 140-2.

Altocumulus
@TomMcIndeed! It would be akin to saying that having a seatbelt in your car does not make you compliant with seatbelt laws. You have to impliment the device. Nor is the seatbelt the only protection in the car, it's the entire system (airbags, crash zones, nagging spouses, etc). 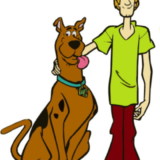